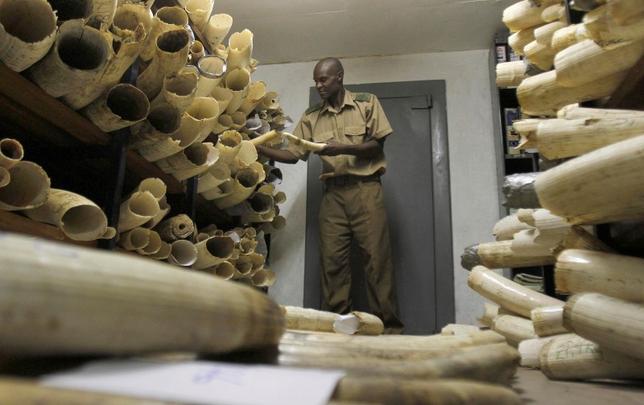 Zimbabwe is seeking support from its neighbors to be allowed to engage in international trade in ivory and will not burn its 70 tonnes of ivory stocks as Kenya did last month, the environment minister said on Wednesday.

Zimbabwe and Namibia are bidding to open up international trade in elephant ivory, against initiatives led by Kenya for a complete global ban on the coveted commodity.

Oppah Muchinguri-Kashiri told diplomats from the Southern African Development Community (SADC) that Zimbabwe was counting on their support at the next U.N. Convention on International Trade in Endangered Species (CITES) meeting in September.

Muchinguri said banning trade in ivory would not solve the problem of poaching and gave the example of how the rhino population remained under threat 40 years after trading in the rhino horn was outlawed by CITES.

“There is no tangible evidence that trade bans have ever saved a species from extinction,” Muchinguri said.

“It is imperative for our regional economy that SADC countries unite in defending our right to sustainably use our natural resources.”

Muchinguri said plans by the European Union to ban hunting trophies from Africa as the United States did following the killing of Cecil the lion last year would see hunting revenues fall and communities living next to wildlife resorting to poaching.

Cash-strapped Zimbabwe says trade is the only way to pay for the costs of protecting its 83,000 elephants. Zimbabwe’s proposal says it has 70 tonnes of raw ivory in the government storage facility estimated to be worth $35 million.

“To us, burning is not an option, we need the resources for sustainable wildlife conservation,” Muchinguri said.

On May 3 Zimbabwe put its wild animals up for sale, saying it needed buyers to step in and save the beasts from a devastating drought.

Democratic Republic of Congo ambassador to Zimbabwe Mwampanga Mwana Nanga said his country supported Harare’s proposals and was talking to Zimbabwe on the possibility of importing wildlife, including elephants.