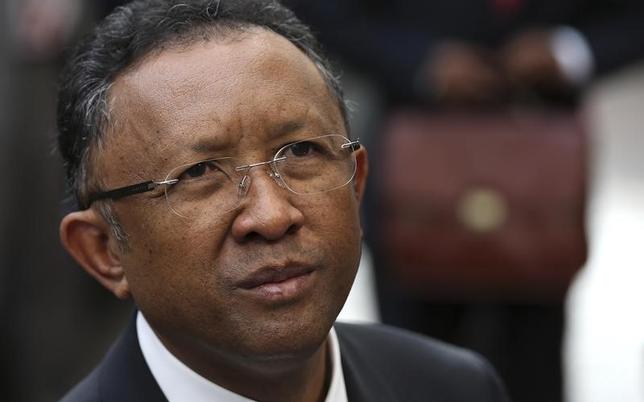 Madagascar President Hery Rajaonarimampianina challenged on Wednesday an impeachment vote against him in parliament, where critics say he has dragged religion into politics and failed to deliver on his promises.

The vote by 121 of 151 members of parliament late on Tuesday must now go to the constitutional court to determine if the head of state should be sacked, a move that threatens to derail the country’s rebuilding efforts after years of crisis.

In a radio and television broadcast, Rajaonarimampianina said the country needed stability and not political wrangling. Dismissing corruption allegations and questioning the vote count, he said: “I’m still there. I’m still standing.”

Rajaonarimampianina’s peaceful election victory in late 2013, the first vote since a 2009 military coup, was seen as chance to stabilise the poor but mineral-rich Indian Ocean state after years of post-coup isolation.

Donors have returned, but the government has battled to wean the nation off fuel

subsidies and get the economy moving. The president has also lost the support of the party that helped him to power, highlighting the fractious political landscape.

Western and other donors in the aid-dependent nation have called for unity and say the country needs political stability.

After the late night vote on Tuesday, parliament speaker Jean Max Rakotomamonjy said: “I declare that the resolution is adopted and will be delivered to the high constitutional court.”

The president’s supporters challenged the handling of the vote. Lawmaker Lydia Toto questioned the tally of 121 votes in favour, saying only 102 deputies were present in the National Assembly at the time.

Opponents said the president had violated Madagascar’s constitution and the secular nature of the state by giving speeches in churches, in a nation where just over half the 23 million people practice mostly local animist religions.

Christians, both Protestant and Catholic, make up 41 percent of the population and Muslims seven percent, according to the CIA World Factbook.

Mixing religion and politics is a sensitive issue in the island state. Former President Marc Ravalomanana, ousted in the 2009 coup, was also accused of using churches to drum up support when in power.

Rajaonarimampianina has recently allied himself with Ravalomanana’s party, after his previous backers deserted him.

Opponents also said Rajaonarimampianina had failed to set up a new high court, which would normally review the impeachment decision. The constitutional court will now play that role.

Since taking office last year, the president has been under pressure over his handling of the economy and public services.

because of a hefty subsidy system, leading to frequent blackouts. Donors have called for reforms.

Rajaonarimampianina’s government was also criticised for not responding more swiftly to a plague outbreak last year.

The U.S. Embassy said on its Facebook page on Tuesday that it backed rebuilding work by Rajaonarimampianina after the 2009 crisis. “We urge all stakeholders in positions of leadership to place as their first priority the welfare of the people, and guarantee the stability necessary for the country’s future.”