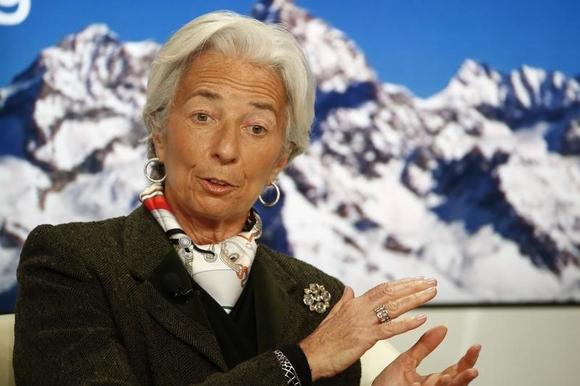 KIGALI (Reuters) – International Monetary Fund head Christine Lagarde has warned that African economies could be hurt by a slowdown in China‘s economy and an imminent hike in United States interest rates.

Lagarde, speaking on Tuesday on a visit to Rwanda, said IMF’s global economic forecasts have been revised down over the past few months despite a huge fall in oil prices.

Lagarde called for “vigilance” across Africa and added this slower growth has implications for a continent that is now more integrated into the global economy than ever before.

“Momentum is slowing in many advanced and emerging economies, including China — one of Africa’s main trading partners,” Lagarde told Rwandan lawmakers in the capital Kigali.

Lagarde said the overall outlook for sub-Saharan Africa was promising at close to 5 percent, but growth forecasts for the region have been trimmed due to lower oil and commodity prices.

African countries such as Nigeria and South Sudan depend on oil for the majority of their revenues.

Lagarde said some African oil exporters will struggle in case oil prices remain low and warned of instability once the United States starts imminent “monetary policy normalization”, a move that is expected to see the U.S. raise interest rates.

“Even if this process is well-managed and well-communicated – and I believe that it has been and will be – there could be negative effects for emerging markets and global financial stability. African economies could also be impacted,” she said.

Hurt by cooling investment, manufacturing and a sagging housing market, China’s economy grew 7.4 percent last year, a level not seen since 1990 when the country was hit by sanctions after the Tiananmen Square crackdown.

A Reuters poll in January showed China’s economic growth was expected to slip to 7 percent this year before dipping to 6.8 percent next year.